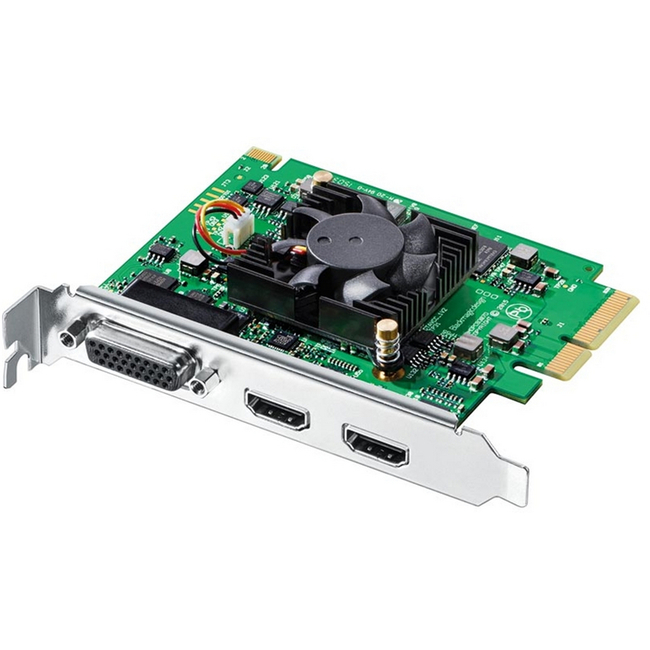 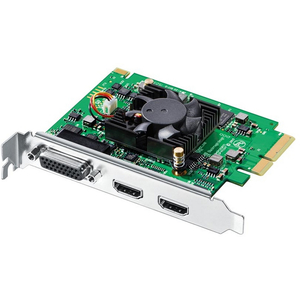 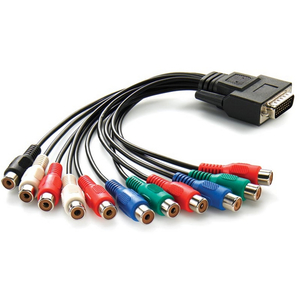 
Introducing the new Intensity Pro 4K, the easiest and highest quality way to capture video on your computer. Intensity Pro 4K has all the same great features of the original Intensity Pro capture card but now you also get Ultra HD and 1080p60 high frame rate support.

Now you can capture Ultra HD images at up to 30 frames per second or 1080HD at an incredible 60 frames per second. You can save files with or without compression and use it with the most popular Mac and Windows video software. Intensity Pro 4K also includes DaVinci Resolve Lite so you get a full capture and playback solution along with professional video editing and colour grading, without having to buy any extra software.

Connect and Capture from Anything


Whether you're editing video and you need a realtime preview on a big screen TV, if you're a hardcore gamer creating high frame rate walk throughs of your latest gameplay, or you’re trying to save family videos from old VHS tapes, Intensity Pro 4K has all the video connections and features you need! Intensity Pro 4K includes both analogue and digital connections that let you easily plug in everything from older VHS decks to the latest big screen 4K televisions! You can even connect your cameras and use Intensity Pro 4K for live streaming, video conferencing, presentations and more.


Intensity Pro 4K features the highest quality HDMI and analogue connections so you always get the best looking video possible. Intensity Pro 4K includes HDMI connectors for working with the latest HD and Ultra HD equipment, as well as analogue YUV, S-Video, and NTSC/PAL connections for working with older analogue televisions, videotape players and more. That means Intensity Pro 4K works with everything from your old VHS decks and DVD players all the way up to the latest gaming consoles and big screen Ultra HD televisions.


Intensity Pro 4K works with everything from NTSC, PAL, 720HD, 1080HD and all the way up to Ultra HD, the world’s newest video standard. Ultra HD has a massive resolution of 3840 x 2160 pixels which is four times the resolution of regular 1080HD. That means you get an amazing, lifelike experience because the images are incredibly sharp, colours literally pop off the screen and you’ll be able to see more detail than ever! With Intensity Pro 4K you can capture full 10-bit quality YUV video and deep colour from the latest game consoles.


Today’s HD game consoles can run up to 60 frames per second so you get the smoothest motion during even the fastest paced gameplay. That’s double the frame rate of ordinary HD video. The latest consoles also feature deep colour, so you get dramatically better colour for a more realistic gaming experience. Intensity Pro 4K can capture 1080 HD video at up to 60 frames per second. That means you can capture every heart pounding detail of gameplay and create the most amazing looking walk through videos for posting online to share with your audience.


Rescue your old VHS, BetaMax video tapes and DVDs by making digital archives with Intensity Pro 4K. If your DVDs get scratched or your old tapes deteriorate and break you could lose important video memories forever. And as tapes get older, it’s harder and harder to find working decks to play them back! Intensity Pro 4K captures better looking video than other solutions because it includes a professional, broadcast grade time base corrector to help stabilize video from poor quality tapes, like VHS and older DVDs. You can even adjust the audio and video levels before you capture so that your video looks as good as possible. Files can be saved as either uncompressed or compressed video so your valuable video is preserved forever.


Intensity Pro 4K is the only consumer video capture and playback card that’s built using the same broadcast quality video components that professionals in the film and television industry use! Files can be saved in professional compressed formats, like ProRes and DNxHD, or as fully uncompressed 10-bit video, the format used by professional television production studios. That means you always get the highest quality video and the best colour precision possible when working with the latest Ultra HD televisions and projectors, gaming consoles, set top boxes, consumer cameras, VHS decks, DVD players, older broadcast decks and more.


Intensity Pro 4K is a PCIe card for Mac, Windows, and Linux computers. It includes the easy to use Media Express software for Mac, Windows and Linux, along with DaVinci Resolve Lite for Mac and Windows. That means you get a complete video capture and post production solution in the box without having to buy any additional software! You can also save files in QuickTime or Windows Media format and then use them with other popular Mac and Windows applications like Final Cut Pro X, Premiere Pro, Vegas Pro, Media Composer, Fusion, After Effects, Flash and many more.


Now you can edit and grade your video using the same tools that Hollywood uses. DaVinci Resolve Lite for Mac and Windows is included free with Intensity Pro 4K. You get the same multi track video editing and advanced colour grading system that professional editors and colourists use to make Hollywood’s biggest blockbuster films, television shows and commercials.

Software based down conversion during video playback.

Firmware built into software driver. Loaded at system start or via updater software. 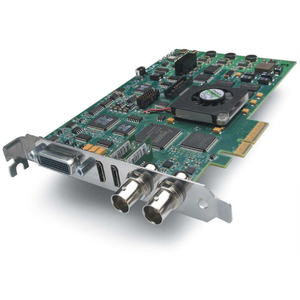 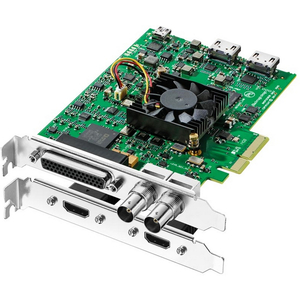 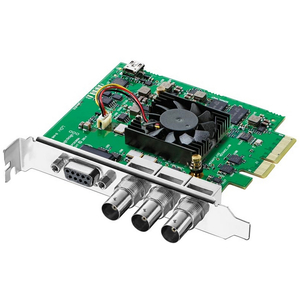 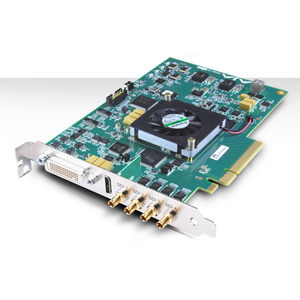 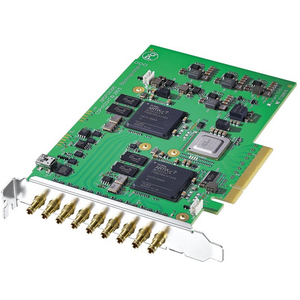 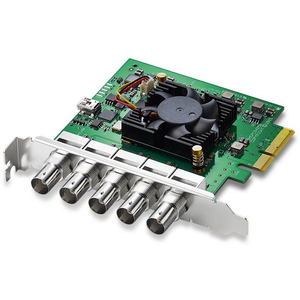