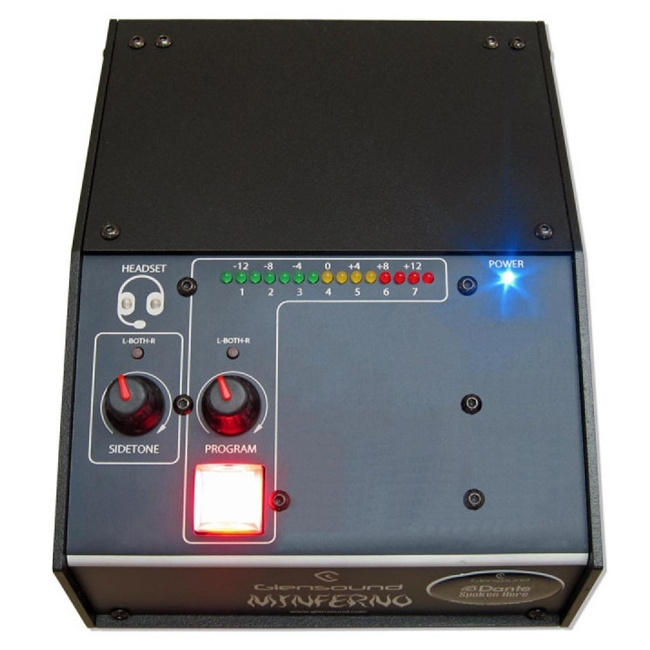 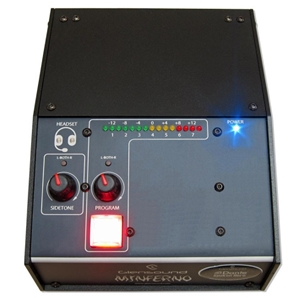 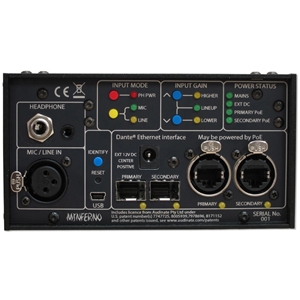 MinFerno is a new, smaller, and even easier to use version of our exceptionally popular Inferno network audio commentary box.

MinFerno is designed for a single commentator/ announcer to use, and like its big brother the Inferno, it provides the very best possible commentary microphone amplifier and compressor limiter circuit for amazing on air sound.

The MinFerno is easy to use for commentators who would rather be talking about the game than figuring out how the equipment works.  It is built to our exacting, rugged & robust standard to make it a reliable piece of broadcast equipment for the busy engineer.

Primary & Secondary SFP Slots
The SFP (Small Form-Factor Pluggable) fibre slots are standard networking ports that accept standard SFP modules. This means that you decide what type of fibre and connector style you want to use just by the SFP module that you insert. The primary & secondary network circuits allow for glitch free redundancy across both the Fibre & Copper network interfaces.

Primary & Secondary Copper Network Connections with PoE
Two CAT6 connections on Neutrik Ethercons (that accept standard networking cables) are provided to allow copper connections to local network switches to carry the Dante/ AES67 audio. Two connections are fitted to allow redundant circuits to be used if required.
Both of these connectors can accept a PoE power source for providing the power to the MinFerno.

Input Mode & Gain
One pair of push buttons selects the input type of the front panel XLR to be either microphone, line or microphone with 48V phantom power. 3 LEDs indicate which input mode is selected.
Two push buttons are used to alter the gain of the input. LEDs indicate if the gain setting is above or below our pre-configured ‘lineup’ levels. The front panel PPM of course provides an accurate indication of the input level.
The gain can also be altered remotely by a web browser pointing at the MinFerno's web page.

Up to 4 of Incoming Audio Volume Controls
On the top panel are up to 5 rotary headphone volume controls. 4 of these are connected to 4 incoming audio circuits from the Dante/ AES67 network. These are normally used for such sources as mixed programme or cue, talkback to director, talkback to producer, talkback to engineer etc.

Sidetone Volume Control
The 5th front panel rotary headphone volume control is ‘sidetone’. Sidetone is the commentator's own voice in their own ears.

Headphone Routing
Each of the 5 headphone volume controls has an associated left ear, right ear, both routing switch located next to the volume knob. This single push button switch routes the associated source to just the left, just the right or both channels of the stereo headphone amplifier.
To enable the commentator to know how they are routing a circuit the first time a routing switch is pressed, a pair of LEDs on the front panel indicate its current routing arrangement. The next time the routing switch is pressed then the next routing option is selected.

Robust Mic On and Talkback Buttons
There are up to 4 of large bright illuminated buttons (1 for programme and up to 3 for talkback). These switches route the outgoing microphone circuit onto up to 4 different Dante/ AES67 network audio circuits. The operation of these switches (momentary, latching etc) and the interaction of these switches (i.e. pressing a talkback switch mutes the main mic) can be fully configured via the web page.

Low Noise Microphone Amplifier With Remote Gain
We spent a long time optimising the performance of the THAT corporation microphone amplifier used in the original Inferno and used again on the MinFerno. It features very low noise & distortion circuit that we remote control the gain of in 1dB steps, which allows us to provide the remote webpage gain control as well as the rear panel gain push buttons. We also optimised the circuits to allow correct source impedance switching depending on whether the input has been set as a mic or line input.

Referee Compressor Limiter
As with all our commentary units, the MinFerno features our very popular Referee compressor limiter circuit. This circuit starts to compress the commentator’s voice gradually and slowly increases the compression ratio as the input level becomes overly high, resulting in a very natural sounding and distortion free audio output capable of taming even the loudest of commentators.

High Quality Analogue To Digital Converter (ADC)
Dante/ AES67 network audio is a digital circuit and as such the best analogue microphone amplifier would be wasted if we hadn’t paired it up with the best analogue to digital converter. The ADC's job is fairly simple, and if you look at our tech spec you’ll see that we’ve made ours work incredibly well.

Unique Headphone Amplifiers
The commentator’s headphones are a vitally important tool so we take as much care with our headphone amplifiers as with our on air microphones. Our unique headphone amplifier provides the correct output level regardless of the impedance of the attached headphones, meaning that broadcasters can now pick and choose between low impedance ‘cheap’ headphones and high impedance traditional broadcast ones. 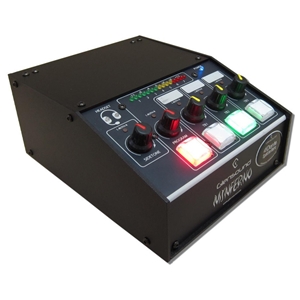 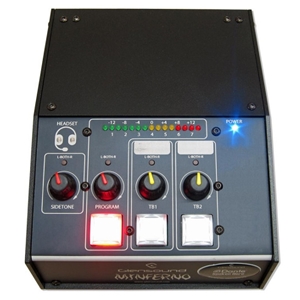 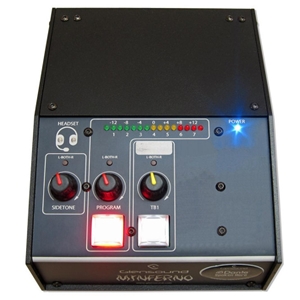