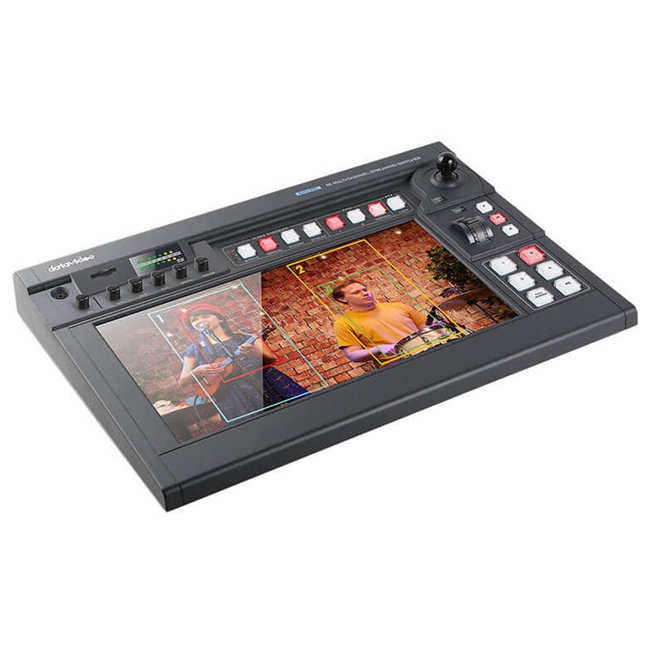 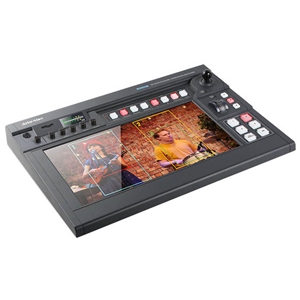 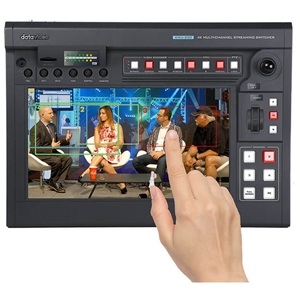 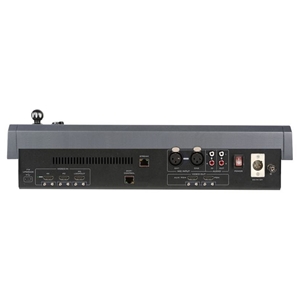 New Design with Horizontal and Vertical Video Streaming and Recording

The KMU-200 is a Multicamera Production from a single 4K Source which brings switching, audio mixing, recording and streaming into a portable all in one device.

The input of a single 4K/UHD camera is connected to KMU-200, which then displays up to four user-defined cropped windows that are sent out as four separate HD signals The KMU-200 is perfect for interview applications with small panels or smaller houses of worship.

Touch Screen operation for simplified tasks and tactile buttons are provided for switching. The 14-inch touch screen allows control over the live content. The joystick and backlit buttons allow for more traditional control over the KMU-200’s screen selections.

Additional HDMI Input with Loop Out

The additional HDMI input allows the option to show an additional camera angle or to connect a computer's display-output to the KMU-200 for presentation software. The HDMI loop out allows for production directors to have direct monitoring of the presentation input.

The built-in H.264 streaming encoder can instantly stream live to your chosen CDN in in traditional 16x9 format or 9x16 portrait mode.