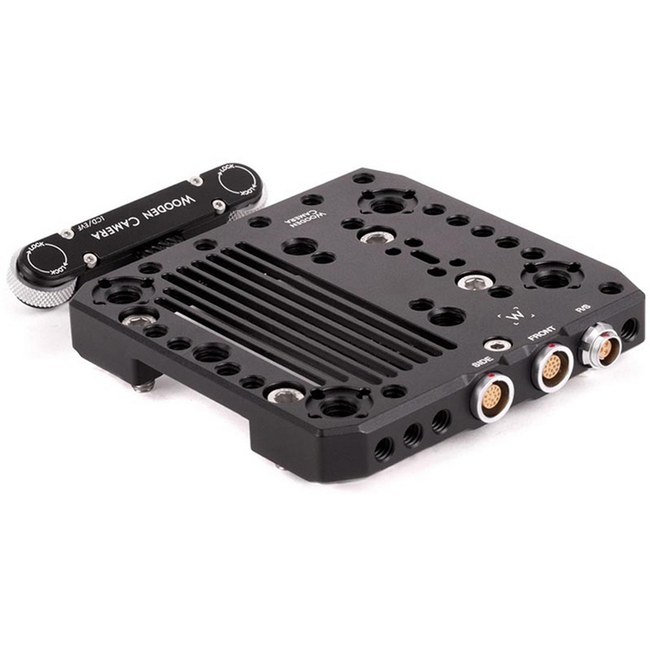 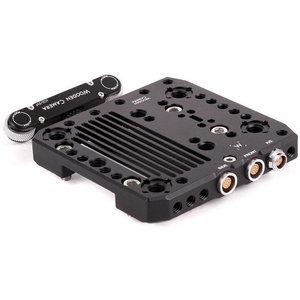 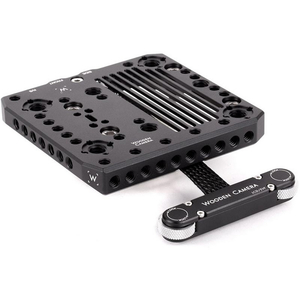 Two LCD/EVF interfaces are included. One is located under the front portion of the top plate and one is included via the tethered side attachment. Both convert the LCD/EVF pogo pins to the standard 16pin compatible connectors which are found on the right side of the top plate. These connectors are specially manufactured to allow users to select the orientation in increments of 45 degrees.