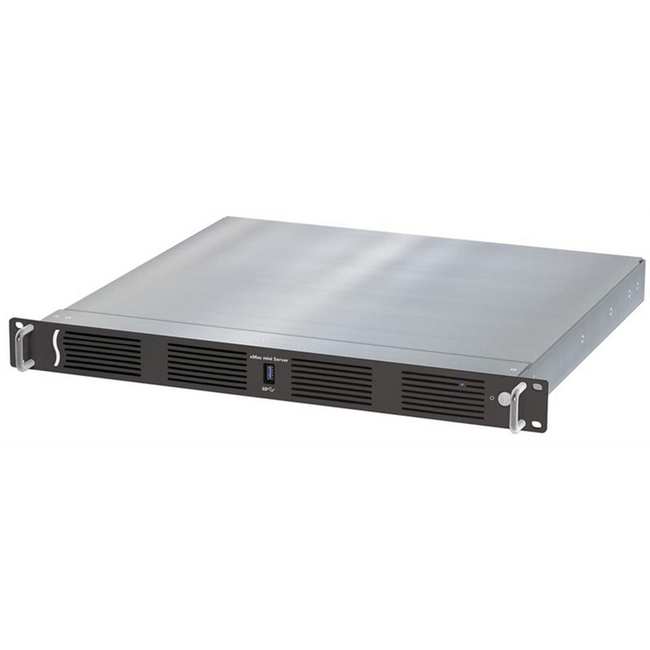 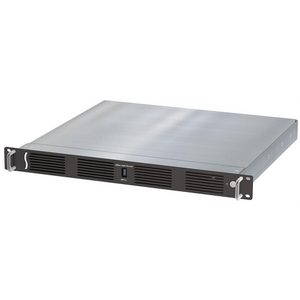 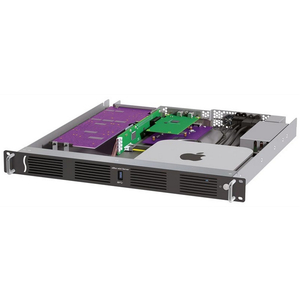 A Great Design Made Better

With thousands of xMac mini Servers in daily use around the world, Sonnet has received great feedback from users, and we have updated this product with the features most important to them. This fourth generation xMac mini Server combines the best qualities of previous models and adds new features to make it the most capable model yet. The xMac mini server is now equipped with Thunderbolt 2 technology, making it fully compatible with the new Late 2014 Mac mini with dual Thunderbolt 2 ports. The xMac mini Server supports one full-height, full-length card, plus one full-height, half-length card. If you need to install a PCIe card that includes a daughter card, like the ones included with RME's HDSPe MADI FX card, Blackmagic Design's DeckLink 4K Extreme, and the Lynx AES16e-50, the supplied mounting bracket allows you to securely mount the daughter card inside the chassis next to the main card, leaving the second PCIe slot open for another PCIe card. The rear panel includes mounting holes for two BNC connectors used for HD/SDI output from cards like the RED ROCKET, or for MADI and word clock input and output from cards like the HDSPe MADI FX. A larger power supply plus an added auxiliary power connector enables this xMac mini server to support even more cards than before.

xMac mini Server as a metadata controller for an Xsan® storage area network? Yes, you can. xMac mini Server as an ingest station for uncompressed HD video? Absolutely. xMac mini server as a virtual sound check, pro audio plug-in DAW and record rig? Sure! This Sonnet solution enables you to expand your Mac mini's capabilities in ways you never imagined; click the Configuration Ideas tab for a few concepts. For PCIe card compatibility information, see our PCIe Card Thunderbolt Compatibility Chart for a list of cards that have been tested to be recognized over a Thunderbolt connection and compatible with Thunderbolt technology requirements.

The fourth generation xMac mini Server integrates a universal 150W power supply and includes an auxiliary PCIe power connector for cards that require supplementary power, such as the Avid® Pro Tools|HDX or the RED ROCKET. In short, there is plenty of power for any combination of compatible cards.

With the introduction of the Late 2014 Mac mini, 20Gbps Thunderbolt 2 technology-equipped Mac minis are here. The previous Mac mini with 10Gbps Thunderbolt offered more than sufficient bandwidth to support the maximum performance of most PCIe cards. However, some cards such as the RED ROCKET and RED ROCKET-X, 16Gb Fibre Channel, multi-port 10Gigabit Ethernet, and other bandwidth-hungry cards require more than 10Gbps. Thunderbolt 2 removes this barrier by providing more bandwidth for demanding applications. The xMac mini Server's Thunderbolt 2 interface takes full advantage of this increased bandwidth to ensure optimum performance from installed cards when you install a new Mac mini, and yet it is fully compatible with earlier Mac mini computers with 10Gbps Thunderbolt as well.

Smart Design Inside and Out

The xMac mini Server has numerous thoughtful design touches. The power supply and fans are user-replaceable. The front panel USB 3.0 port connects to back of the Mac mini, enabling you to connect a keyboard, mouse, or thumb drive to the computer without having to access its ports from the back. Other Mac mini interface ports are extended to the back of the chassis and mounted on the rear panel for convenient interfacing of Gigabit Ethernet, HDMI, and two USB 3.0 cables. A cable passthrough opening on the back panel allows you to route other cables to the computer or the internal connections on an installed card. One USB 3.0 port on the Mac mini is left available to connect a software license control dongle, such as the iLok, securely within the xMac's enclosure. The xMac mini Server's power switch turns the computer on and off without the need for you to reach around back, and the PCIe slots power on/off with the Mac mini for maximum energy savings. An opening in the front panel allows the Mac mini's power indicator to shine through. There is a central power hub for the computer and power supply for the PCIe slots, enabling you to power everything with one power cord. Sonnet includes an easy-to-install lock that secures Thunderbolt connectors plugged into the xMac's Thunderbolt 2 ports and prevents accidental cable disconnections. Holes for cable ties enable you to secure cables inside, keeping them tidy while avoiding accidental disconnects. Threaded holes in the side of the enclosure match up with Sonnet's Rack Slide Sets, which provide you an easy way to pull out your xMac mini Server to access what is inside.

Strong Link in the Chain