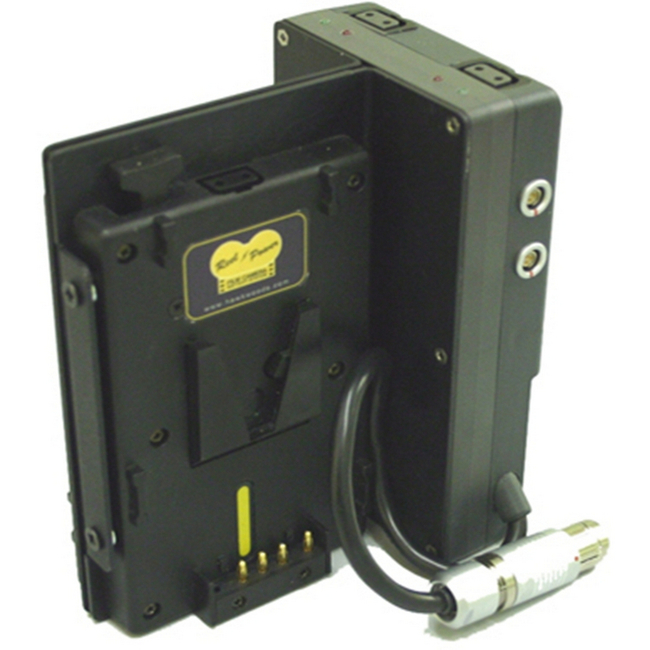 View Larger Image
SKU: HKW-RP-XPA
CAT: 04321
Ships in 7 - 10 Days
£236.00 (ex VAT)
£283.20 (inc VAT)
Trustpilot
The RP-XPA is a Reel Power dual camera adaptor which discharges 2x Reel Power batteries sequentially. It offers LED lights to show the user which battery the camera is taking power from whilst the other battery awaits its turn. Once the LED switches to channel 2 the user will receive a red LED on the discharged channel allowing the battery to be swapped to a fresh battery without the loss of power.

The adaptor has a fixed cable to a Arri 2 pin Fischer to allow the Arri Alexa to be powered continuously.