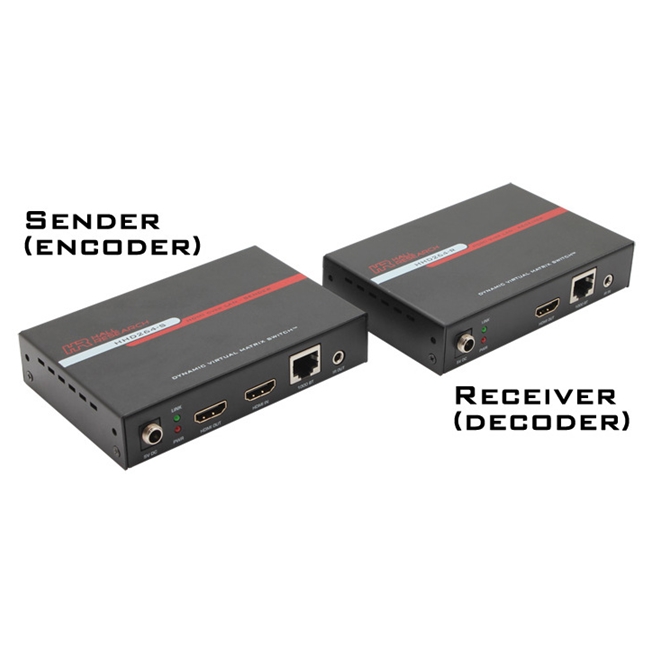 Senders and Receivers are available with and without POE capability.

All devices have a power input connector. The PoE (-PD) versions can still be used with non-PoE routers by plugging in the included power supply.The HHD264 systems support several modes of operation: point-to-point (one sender connected to one receiver with no LAN infrastructure), point-to-many (one Sender to many receivers like a video splitter), and many-to-many (matrix operation). They support CAT5e/6 cable distances of up to120 meters (400ft).


For installations having multiple senders and receivers a dedicated Gigabit (1000 BaseT) network (multi-port router) is recommended. The system also works on slower 100 BaseT networks but with fewer sources. The H.264 encoding scheme allows user definable bit rates to give users control over bandwidth used for each video stream. 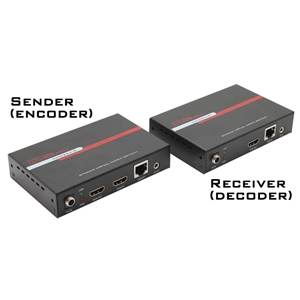