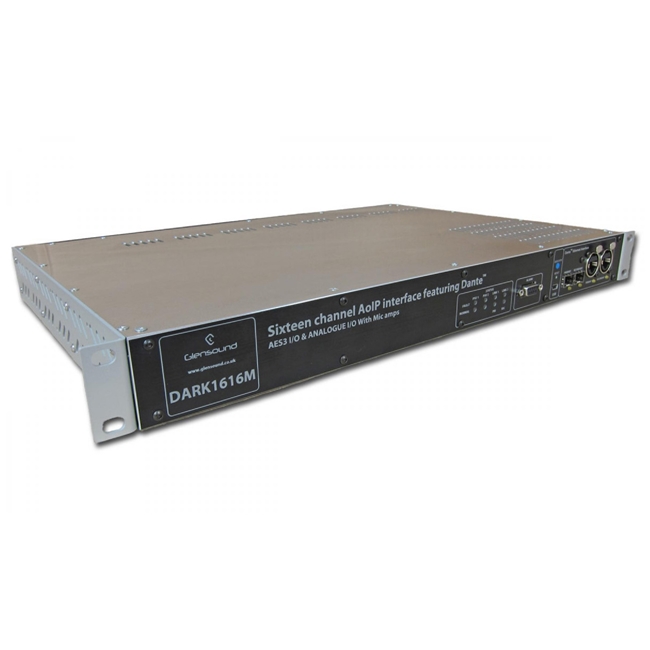 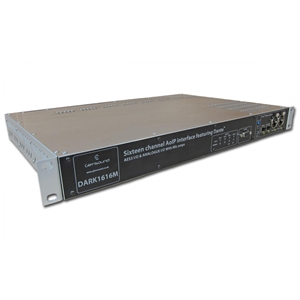 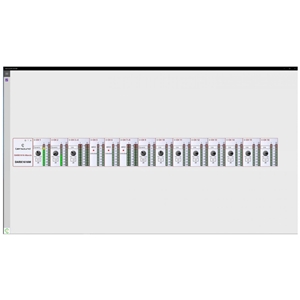 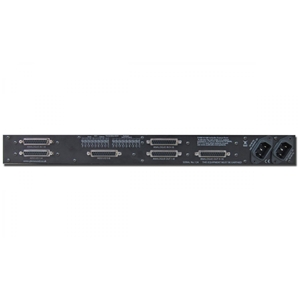 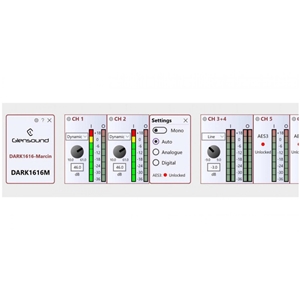 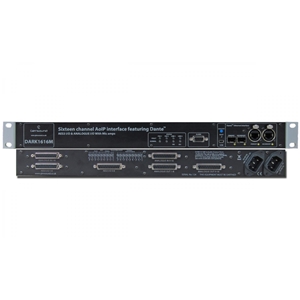 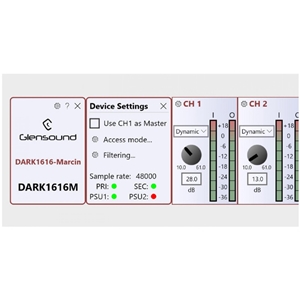 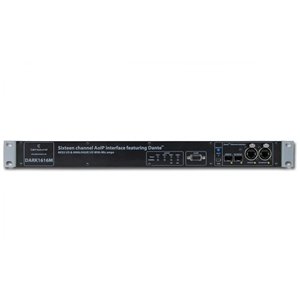 The DARK 1616M is an audio interface that provides connections to a Dante or AES67 IP network.

Connections
For ease of cabling, audio I/O is presented on D25 sockets to the AES59 standard (Tascam wiring convention) for which there are a number of reasonably priced break out cables available from multiple suppliers.

Remote Mic Amps
The analogue inputs are switchable between mic, line and 48v phantom power.  These are controllable across the network via the Dark Controller Windows 10 app.  This allows remote control by an engineer of the input selection, gain adjust and input on/off control.  A meter is also provided for each input on the app, to monitor the input level and help with setting the gain.

Network Interface
Being designed for resilient broadcast applications the Dark1616M features both redundant power supplies and redundant Dante network links with link status GPOs (general purpose outputs (solid state relays)). Both primary and secondary network links are provided with both magnetic (copper RJ45) and fibre (SFP) interface connections. The Dante system itself provides a completely transparent redundant link system which means that if the Dark1616M lost its primary link circuit the secondary link would automatically take over with no loss of audio.

The primary and secondary network interfaces are routed internally via a network switch.  It is possible to set this switch to work as a traditional network switch instead of the default redundant mode.  This means that there would be just one link to the Dante network, and the other connections of the switch could have other Dante or network devices connected to them. As with all Dante devices, once set up, Dark1616 units can be directly connected with each other with no external network hardware.

Alarms
On the front panel 4 bright LEDs indicate the status of the 2 power supplies and the primary and secondary local network links. In parallel to these 4 indicating LEDs there are 4 solid state relay outputs for connecting to external alarm systems for failure notification of a power supply or link fault.

The sophisticated modern looking Windows 10 App allows full remote control of all the features of the Dark1616M.

The App connects to the Dark1616M via the same network as the Dante audio circuits and provides a reliable redundant control system via both the primary and secondary network interfaces.  This means that even if one of the 2 networks were to become disconnected, the remote control would continue to work.

One App can connect to multiple DARK1616Ms and multiple Apps running on different PCs can connect to a single DARK1616M. The App provides the ability to lock out other users from controlling a Dark1616M and this facility can be password protected, meaning only authorised personnel can change the settings on a DARK1616M.

For users regularly using the units at different events and functions, settings can be saved and assigned names for quick recall.

Controls on the App include: 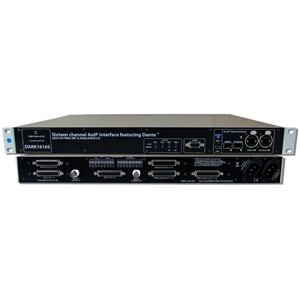 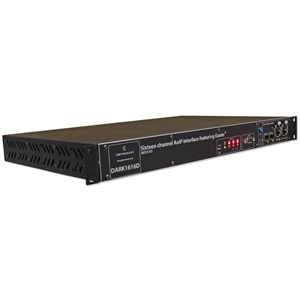 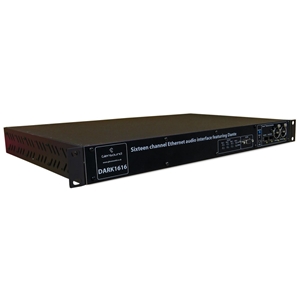