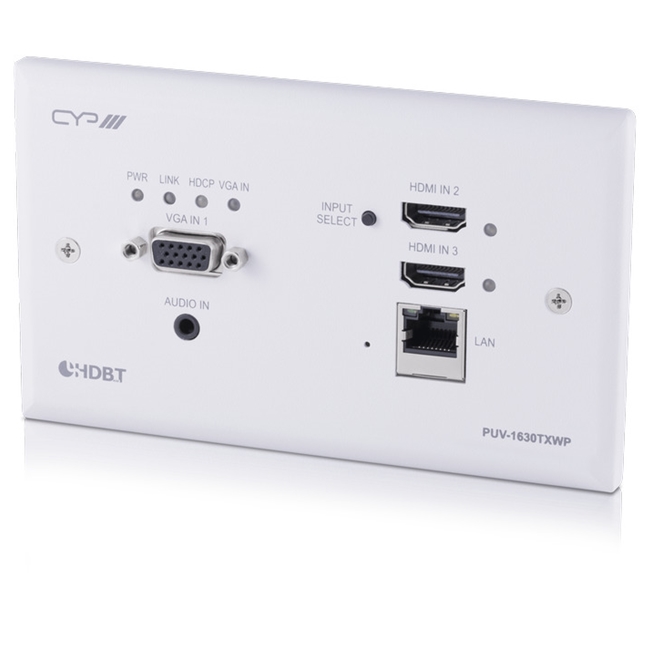 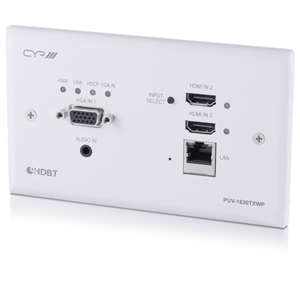 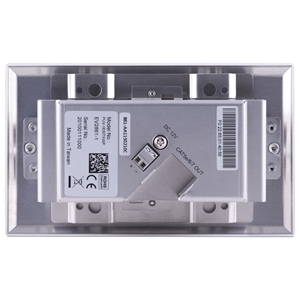 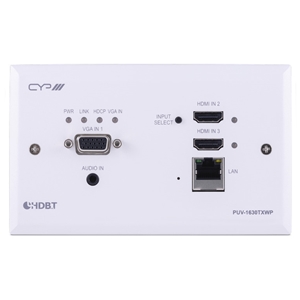 
The PUV-1630TXWP-UK Transmitter is a 2 x HDMI, 1 x VGA switch which allows uncompressed HDMI and VGA signals to be transmitted over a Single CAT5e/6/7 cable. This solution has the added features of analogue audio em-bedding and a LAN connection over the same CAT5e/6/7 cable. These combined HDMI and control signals can be transmitted up to lengths of 100 metres to a compatible PUV-1600 Series Receiver. When a device is connected to the PUV-1630TXWP-UK, CEC control can be applied to 'power up' the connected display and select the correct HDMI input channel (programmed via the WebGUI).

This unit also supports automatic input detection between the HDMI and the VGA inputs using hot plug detection, offering the user 'hands free' control of the device. Despite the 10.2Gbps bandwidth limitation of HDBaseT this clever transmitter will automatically convert signals of higher bandwidths ensuring any HDMI 4KUHD signal can be passed through the HDBaseT system. The unit also features push button control on the front of the panel. The unit is powered by PoH supplied by a compatible PUV-1600 series receiver. 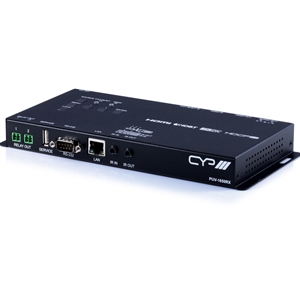 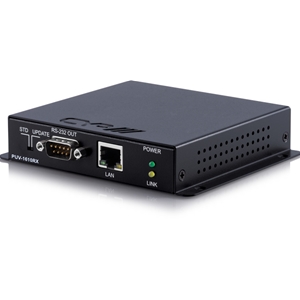 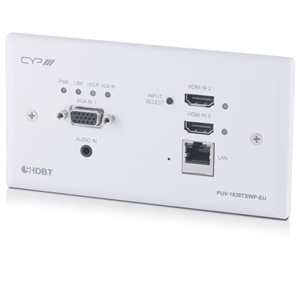 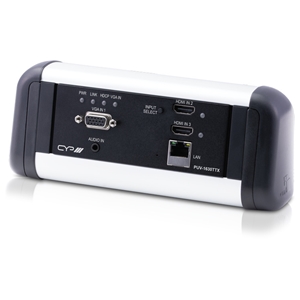