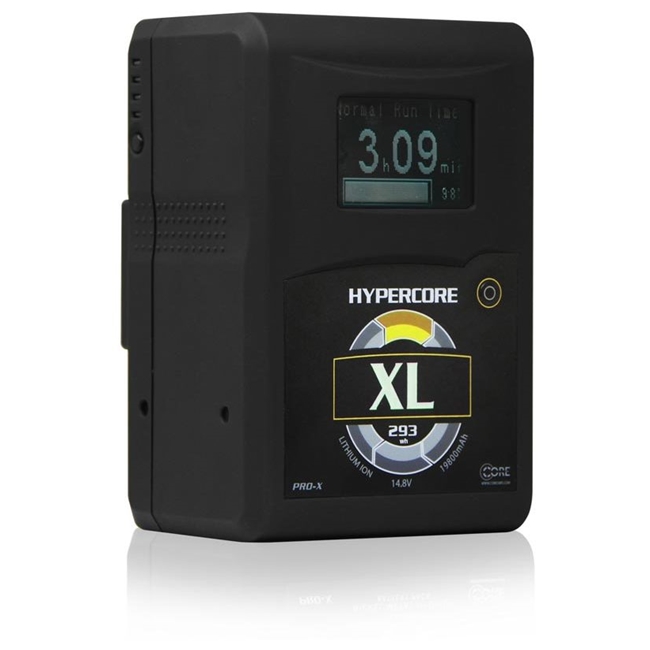 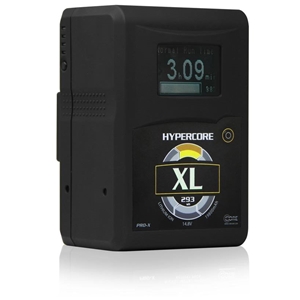 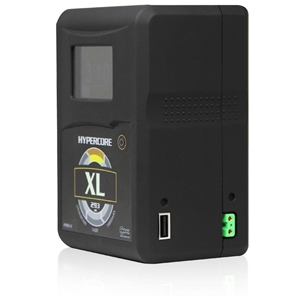 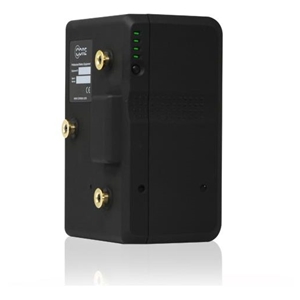 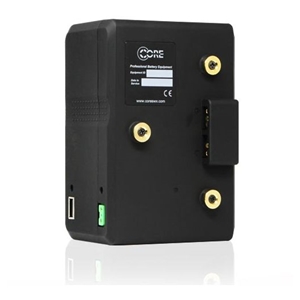 
The Hypercore series of battery packs employ the very latest in Lithium Ion technology. The Hypercore cell was constructed with the specific purpose of handling and sustaining high power draws. The cells in Hypercore XL can withstand up to a 15A draw (20A peak) for extended periods of time while not diminishing service life. The HyperCore series delivers the most value and ROI for those who require battery packs to stand the test of time and deliver unrivaled performance.

In addition, the battery pack is outfitted with a multipurpose Runtime LCD on the front of the pack. The front provides a canvas to place a large, back-lit LCD on the most visible part of the battery. For ENG cameramen, there is also a 4-stage LED display on the side of the battery, which can be used to glance at leftover battery capacity. Getting back to the LCD, the LCD is multipurpose. Not only will the LCD inform you how much time you have left when in use(in hours and minutes), but it will also give you an estimation based on a dummy load of 30w, when in standby (disconnected from any devices). Furthermore, this serves a third purpose as a charge indicator, by computing remaining charge time when on a charger.

Each battery is outfitted with an accelerometer to detect motion, a similar component that is in mobile devices. The accelerometer is tied to a clocking algorithm to gauge how long the battery is not in use. One of the issues with all battery packs is self-discharge when not in use. Hypercore battery packs will go to sleep or hibernate when there is no battery usage or movement after a 48hr period. The LCD shuts down as well to preserve state of charge. Once you pick up the battery, or the battery detects the slightest movement, the battery pack awakens, coming back to life at its maximum capacity.