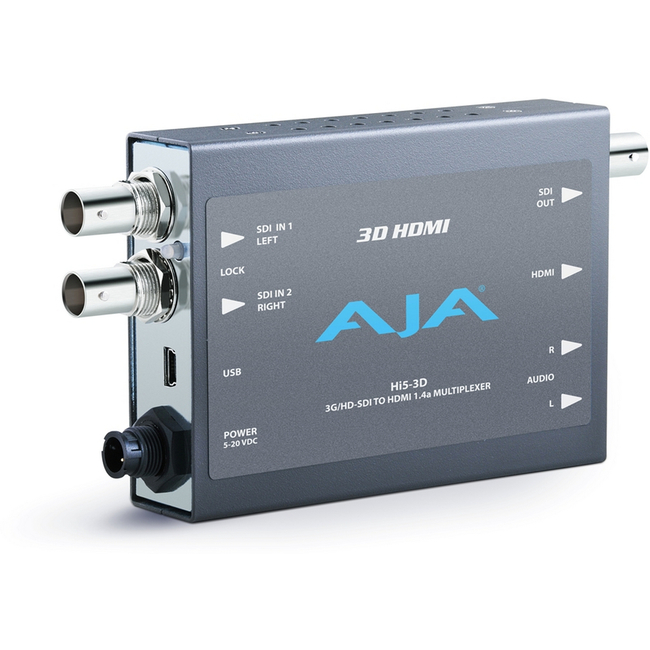 The AJA -3D is a 3D video multiplexer that combines two HD-SDI Inputs into various multiplexed 3D formats for output on HDMI 1.4a and HD-SDI. The HDMI 1.4a output supports EDID transactions that allow automatic 2D/3D configuration per the HDMI monitor's capabilities. Input SDI 2 will be frame synchronized to input SDI 1 in 3D Modes. Embedded SDI input audio is embedded in both the HDMI and SDI outputs. 2 channel RCA audio output is also supported with user control of channel selection. The AJA Hi5-3D supports AJA's Mini-Config application for user configuration and firmware download.

The Hi5-3D supports, depending on the video format, "side-by-side", "top-bottom", and "frame- packing" 3D modes. The "side-by-side" and "top-bottom" modes involve compressing, either horizontally or vertically, each input for combining into a single video stream at the same rate of the inputs. The "frame-packing" mode stacks two full resolution inputs into a "tall" frame (at twice the clock and line rates). When selected, "frame- packing" can only be used with 23.98/24Hz input frame rates.

Each input, in addition to 3D processing, can be flipped either horizontally, vertically, or both. This control is provided by 4 switches that can be engaged in any combination.

The Hi5-3D works with both 2D and 3D inputs. When in the 2D mode, the input is simply passed to the output unmodified. In the 3D mode, the Hi5-3D supports the minimum required 3D modes as defined by the CEA for HDMI 1.4a televisions.


Notes:
"psf" inputs are converted to "p" for HDMI output. The SDI output can support S/S and T/B formats only. Future software versions may add other frame rates.

NOTE: The AJA Hi5-3D does not encode the HDMI output with HDCP encryption. By definition, SDI inputs to the AJA Hi5-3D are unencrypted. 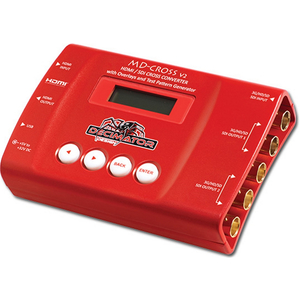 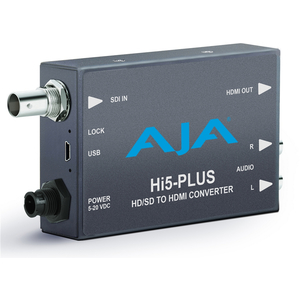 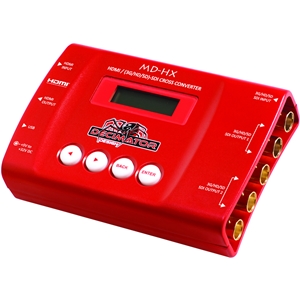 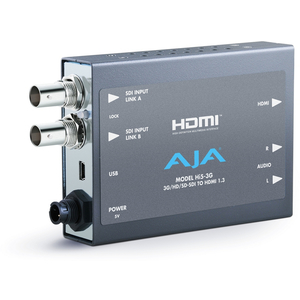 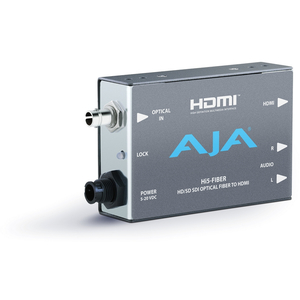 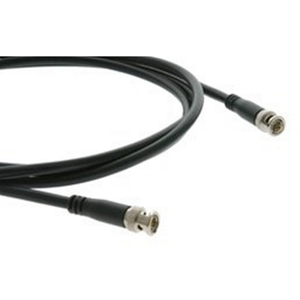 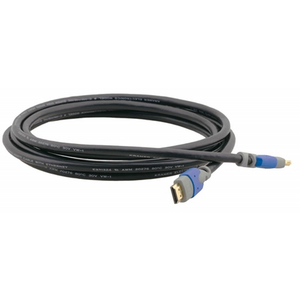 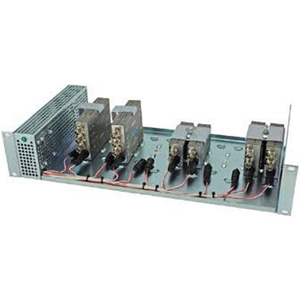